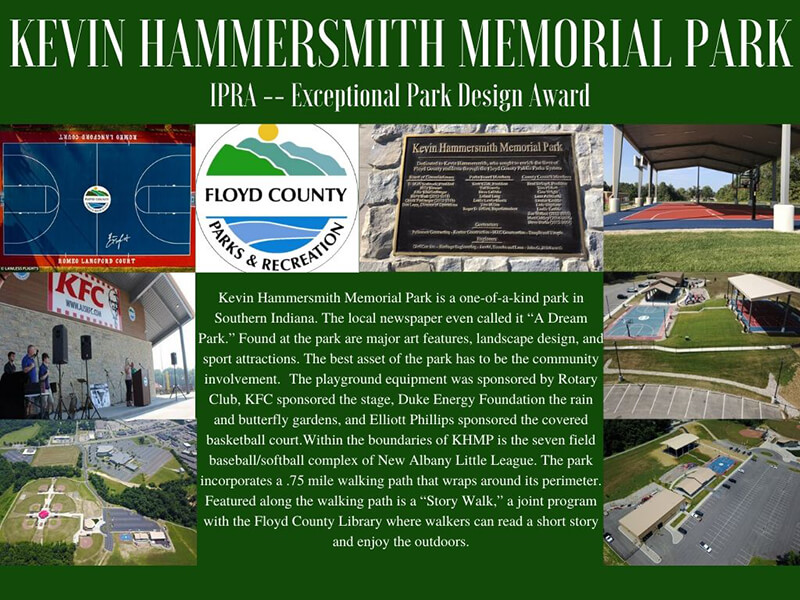 We are proud to announce that Kevin Hammersmith Memorial Park (KHMP) is already receiving recognition as one of the best parks in the State of Indiana. At the Indiana Park and Recreation Association (IPRA) Conference which was held mid-February, KHMP was awarded The Exceptional Park Design Award for 2019!

One of the major features of KHMP is Phillips Pavillion, a state-of-the-art, covered outdoor basketball facility with a regulation-sized high school court, was named in recognition of Elliott and the late Sue Phillips for their gift to Floyd County Parks and Recreation. Due to his generous donation, Elliott Phillips also won an award at the IPRA Conference. Mr. Phillips was awarded The Distinguished Citizen Award for 2019! We would again like to thank Elliott for his donation and passion of youth/community development as Phillips Pavillion has begun and will continue to be a major attraction for Floyd County Parks and Southern Indiana.

The Indiana Park and Recreation Association has 15 different award winning categories. It is an honor that we were recognized for 2 out of 15 awards for 2019. These awards would not have been attainable without the support of the Floyd County Commissioners, Floyd County Council, The Parks Board, the citizens, and the hard work of the parks staff. 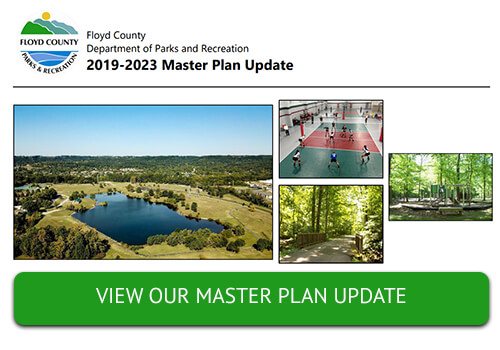 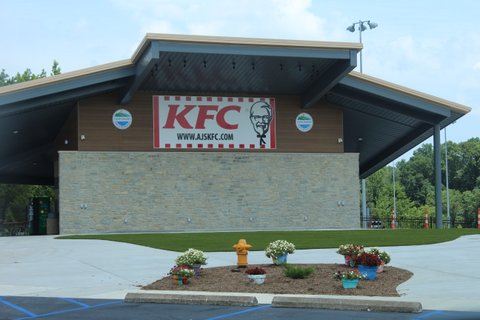